Depression is a mental illness that can affect people from all walks of life. It can affect people of all ages, races, caste or creed. 300 million people around the world suffer from depression, according to the World Health Organization, yet there is still a huge stigma attached to mental illnesses of any sort in our society and people often don’t get treatment as a result. Out of those who do seek medical treatment or therapy of any sort, many are left unsatisfied yet still because the anti-depressants and/or the visits to therapists don’t seem to work. 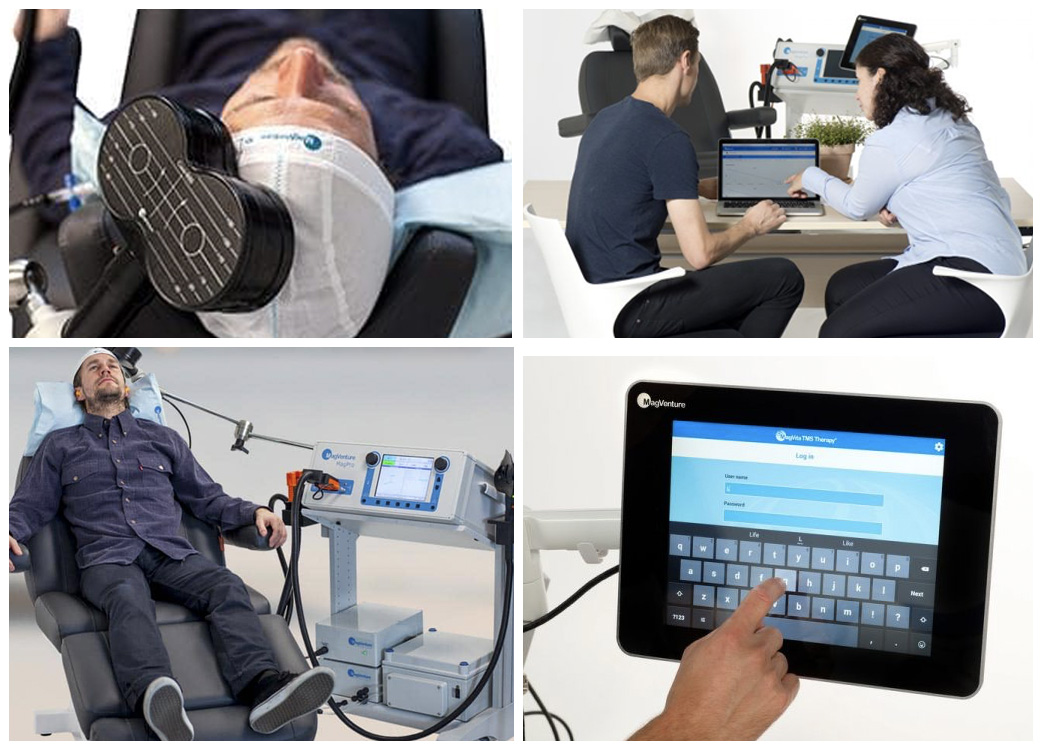 One non-pharmacologic is Transcranial Magnetic Stimulation.This novel therapy was refined by Emory neurologist Charles Epstein.Transcranial magnetic stimulation (TMS) is a noninvasive procedure that uses magnetic fields to stimulate nerve cells in the brain to improve symptoms of depression. TMS is typically used when other depression treatments haven’t been effective. Transcranial magnetic stimulation, known as TMS, may be a safe and effective option for people who have depression that has not improved with medications.

TMS works by creating a magnetic field to induce a small electric current in a specific part of the brain; the current comes from the magnetic field created by an electromagnetic coil that delivers pulses through the forehead.This procedure does not require sedation, and it does not cause seizures or a loss of consciousness. Those receiving TMS usually are treated four or five times every week for four to six weeks. There are two types of TMS.

This type of TMS uses a magnet to activate the brain. It has been used as a treatment for depression, anxiety, and other disorders to target a specific location in the brain, which scientists believe reduces the chance for side effects.

Each rTMS session usually lasts 30 to 60 minutes and does not require sedation or anesthesia. An electromagnetic coil held against the forehead is placed near an area of the brain that is thought to be involved in mood regulation; short electromagnetic pulses are administered through the coil. The magnetic pulses cause small electrical currents that stimulate nerve cells in the targeted region of the brain; they are about the same strength as a magnetic resonance imaging (MRI) scan.

Scientists do not yet know if rTMS works best as a single treatment or combined with medication, psychotherapy, or both. More research continues to determine its safest and most effective uses. The procedure is relatively new, so long-term side effects are not known. Studies on the safety of rTMS found that most side effects, such as headaches or scalp discomfort, were mild or moderate, and no one experienced a seizure.

Deep transcranial magnetic stimulation (dTMS) is a relatively new method of stimulating larger, deeper brain regions. The procedure uses specialized coils that reach about 4 centimeters beneath the surface of the skull. Called H coils, these are designed to target different brain areas; for example, dTMS using the H1 coil has been approved by the FDA for depression that has not improved with any other type of treatment.

During a dTMS session, a person wears a cushioned helmet, which generates brief magnetic fields, similar to those in MRI scans. This is an outpatient procedure that has few side effects, and it does not require anesthesia or result in memory loss. Each daily session of 20 minutes takes place over four to six weeks. People who have this procedure can resume their normal activities immediately afterward.

Researchers at Butler Hospital confirmed thatTMS is an effective treatment for patients with depression who are unable to find symptom reliefthrough antidepressant medications. This was supported by looking at transcranial magnetic stimulation (TMS) in real-world clinical practice settings, along with assurances from colleagues across the U.S. The effectiveness of TMS has been tested and proven through more than 30 published trials using TMS where medications have failed to yield results.

“Continued research and confirmation of the effectiveness of TMS is important for understanding its place inevery day psychiatric care and to support advocacy for insurance coverage of the treatment”, said Linda Carpenter, MD,lead author of the report and chief of the Mood Disorders Program and the Neuromodulation Clinic at Butler Hospital. “Next steps for TMS research involve enhancing our understanding of how to maintain positive response to TMS over time after the course of therapy ends and learning how to customize the treatment for patients using newer technologies,so TMS can help even more patients.”

Recent advances in treatment of depression prove that this mental disorder is treatable. However, as a community, we still have a long way to go as far as awareness is concerned. De-stigmatization is absolutely necessary in order to make sure that people who are suffering from depression actually seek treatment. Only then will we able to use the new treatment options and consequently minimize the spread of this menace.